Signs of the End 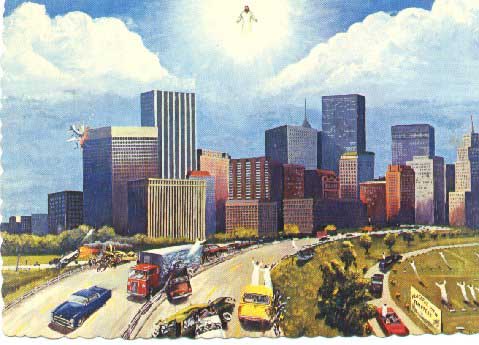 Hurricanes are just one of the many signs Yahshua  (Jesus) gave to his Church to be watchful of.

Yahshua said: The sea and the waves will be roaring. Luke 21: 25

3. The rebirth of the Roman Empire.

Yahshua said in Matthew 24 that Jerusalem will be trodden down of the gentiles, until the time of the gentiles be fulfilled. For over 2500 years other countries have had dominion and occupied Jerusalem. For the first time in 2500 years the Jews took control of Jerusalem. It happened in 1967 with the 6 day war June 5-10, 1967.

5. There will be famines, pestilences, and earthquakes  Matthew 24:7

Tens of millions have starved  to death in Africa.

Tens of millions are infected with the aids virus. Millions more have cancer.

It caused a tsunami wave that killed an estimated 1/4 million people.

This earthquake was so powerful it caused the earth to wobble.

What were world conditions like in Noah's day? Genesis 6:11 says the whole world was corrupt before God, and the whole world was filled with violence. Detroit Michigan recorded over 800 murders in 2004. How many people were murdered in your city last year?

Who in their wildest dreams would have ever thought we would be debating gay marriages?

8. The Apostle Paul said just before Christ's return a great falling away from the Christian faith would occur. 2 Thessalonians 2:3.

Many Churches world wide have closed their doors due to lack of attendance.

The recent Catholic Church sex scandal has driven many away. 180 million dollars has been paid out in lawsuits to sexually abused alter boys.

The recent ordination of a gay Bishop in the Anglican Church has split many Churches wide open.

The Apostle Paul also describes how humanity would act in the END TIMES.

2 Timothy 3: 1-5 says, This know also that in the last days terrible times will come. people will be lovers of themselves, lovers of money, boastful, proud, abusive, disobedient to their parents, ungrateful, unholy, without love, unforgiving, slanderous, without self control, brutal, not lovers of good,treacherous, rash, conceited, lovers of pleasures more than lovers of God- having a form of Godliness but denying it's power.

Many will scoff at what is written.

Many will be offended.

Yahshua  said no man will know the hour or the date of my return, but He also said, you will know when it is near even at the door. When a tree starts to blossom you know that summer is near.

Yahshua said: When you see these SIGNS coming to pass you will know that my return is near, even at the door. Matthew 24:33

Be a wise servant and prepare.

It is not Yahweh's (God’s) will that any perish.

It is Yahweh's will that ALL come to the Cross of Yahshua the Messiah and be Saved.

Fellow Christians feel free to copy and print this message for your families and friends, and it might wake up a few sleeping Churches along the way. Blessings

back to Bible page